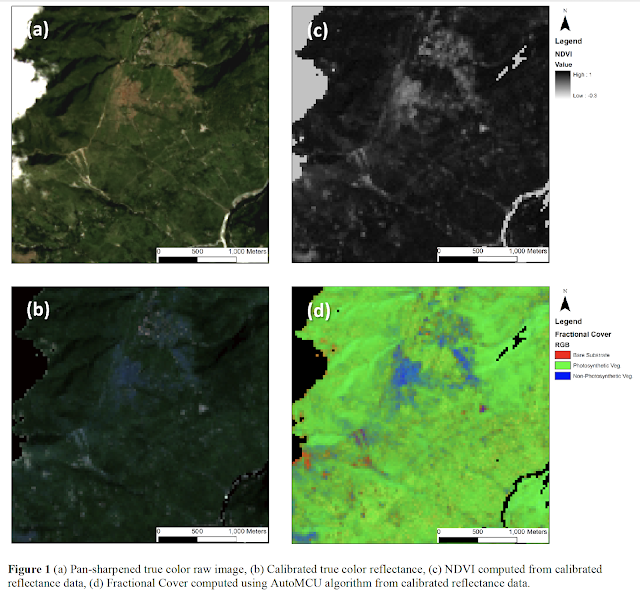 Figure 1 (a) shows the pan-sharpened true color raw image of a site showing a curved road with small landslide scars towards the south-east. It also shows some bare land areas, probably but normal bare lands which are not necessarily landslides. Figure 1 (b) shows calibrated true color reflectance which will be used to compute NDVI and AutoMCU algorithms.

Figure 1 (c) shows the NDVI of the same location. We can see vegetation are shown in dark and bare areas are white. However, both the landslide as well as normal bare lands are white making them indistinguishable from each other. On the other hand, the output of AutoMCU (Figure 1 (d)) shows the landslide as Bare Substrate (red) and the normal bare area as Non-Photosynthetic Vegetation (blue). This should be because the normal bare lands would generally consist of some dead leaves or other dry vegetations.

Next, I used the following criteria to segment landslide:

In Figure 2 (c) and (d) we can see that the landslide areas are well identified by these criteria. There are a few extra mismatches, but most of the normal bare areas are correctly not detected as a landslide. We should be able to further improve these criteria and add other criteria extra (like DEM and slope data) or Change detection. Using the output of this AutoMCU criterion before manual landslide delineation could reduce the manual landslide delineation time by order of magnitude because it would only involve identifying the wrong classifications.